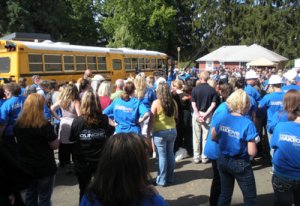 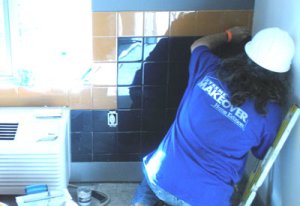 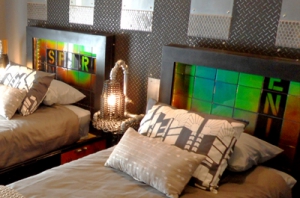 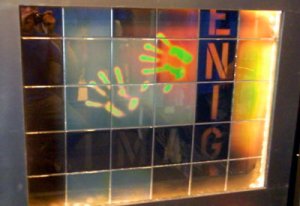 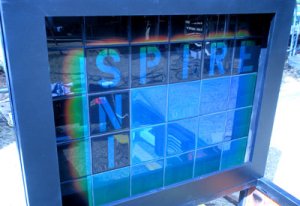 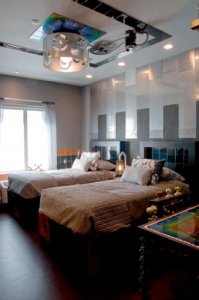 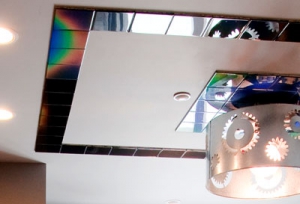 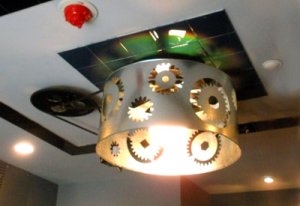 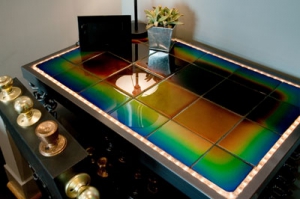 See the innovative designs we installed for the Oregon School for Deaf.

Moving Color recently donated some of our new “Touch Sensitive” Color Changing Ceramic Tiles and participated in the installation for the School Of The Deaf in Salem Oregon. We had a great experience working with the design team from ABC’s “Extreme Makeover Home Edition”. The people of Salem and everyone associated with EMHE were friendly and great to work with. Our experience was unique and fulfilling. Our participation centered on our “Touch Sensitive” Color Changing Tiles, but we also helped out in other areas of installation as much as we could. We were there and we still can’t believe this all happened in one week!

Extreme Makeover Touch Sensitive Tile InstallOur Color Changing Tiles were used in what was called the “Metal” room and were used in a variety of ways.

The first project was two custom made metal desks in which we tiled the tops of. The desks have small rope lights that go around the perimeter which gives the tiles heat to change color. In addition, one can just “touch” the tiles to make them change!

Extreme Makeover Touch Sensitive Tile InstallThe second project was to tile one of the walls in the bedroom in which we used an orange border and blue field tiles that change color when the sun from the window hits them!

The third project was two headboards that we tiled that have a wooden border and rope lights around the inside of them. Not only did the tiles themselves change color, but we also hid words on the tiles that change color!

Last and not least, we tiled the ceiling. The tiles were used as the background to a beautiful custom made metal light fixer. Anytime someone turns on the light, the tiles will change color!